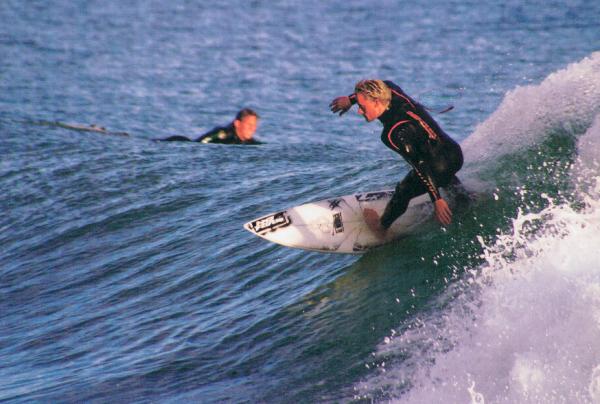 Few guys are as worthy as Tyler Anderson to be on Goleta Surfing.com.
Born at Goleta Valley Hospital in 1984, Tyler has spent most of his life surfing in Goleta. 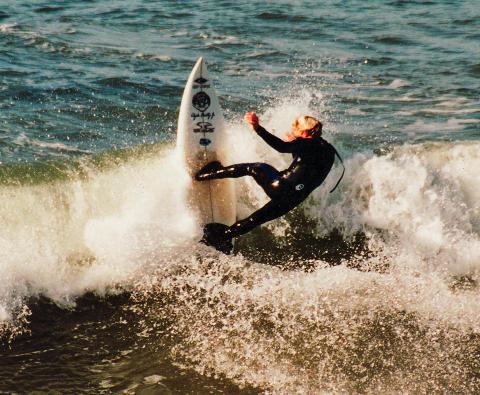 Tyler discovered surfing at the age of nine, when his sister’s boyfriend got him into it.
Soon he was hooked, and at the age of thirteen, he entered his first contest.
He did well in the Surf Country contests and the Santa Barbara Surf Series put on by Chris Keet. 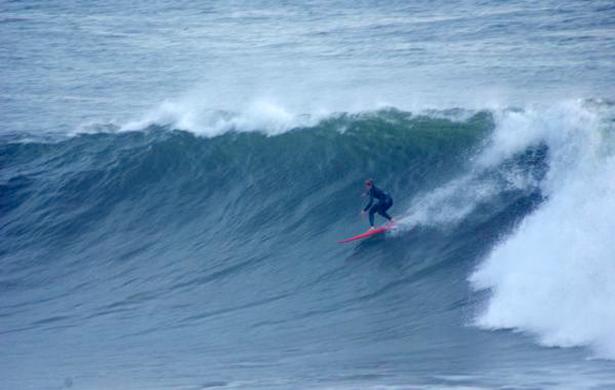 Tyler did well in competition.
Among his highlights, he took second in the NSSA Explorer Men’s Division at Nationals and equal
17th at the Cold Water Classic in Santa Cruz as well as in the Canary Islands multiple times. 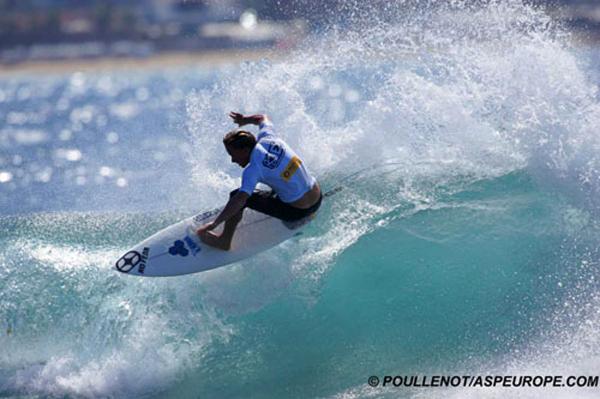 With his success in competition, came attention, and soon, Tyler started showing up in ads. 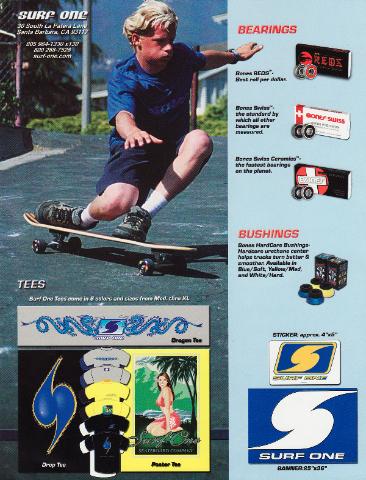 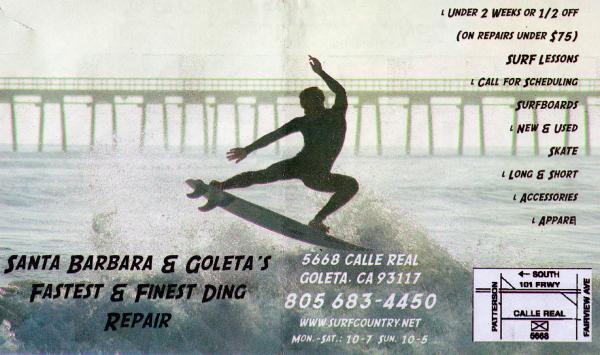 This photo by Brian Wilcoxen is an all time classic.
Great style, with Haskells pier in the background, pure Goleta.
No wonder Doug at Surf Country used it for lots of his ads. 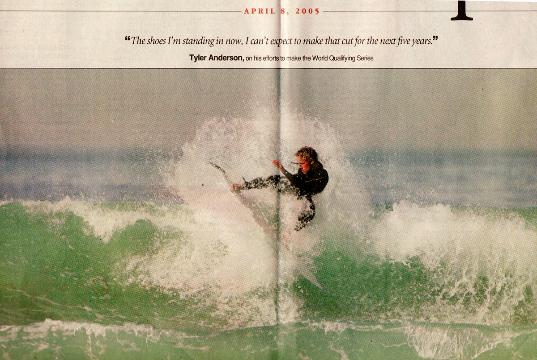 He’s also had quite a few stories written about him. 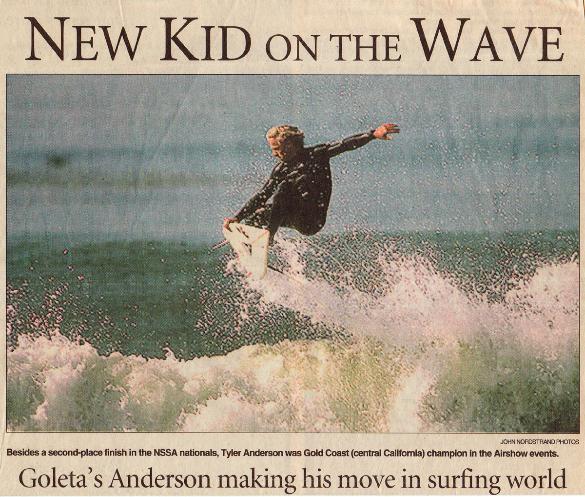 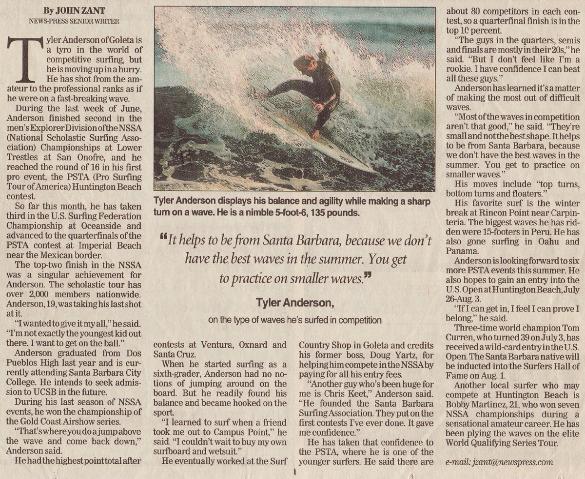 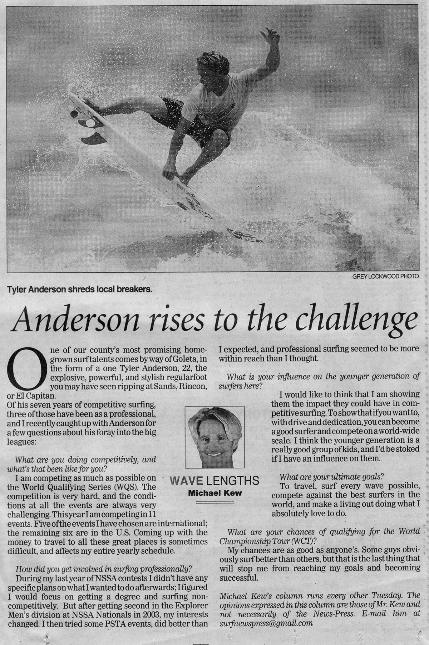 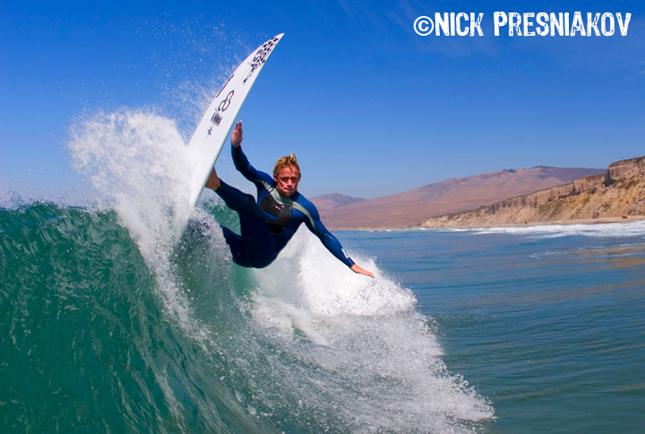 While Tyler has traveled all around the world, his favorite spots are still Rincon
and good old Campus Point. 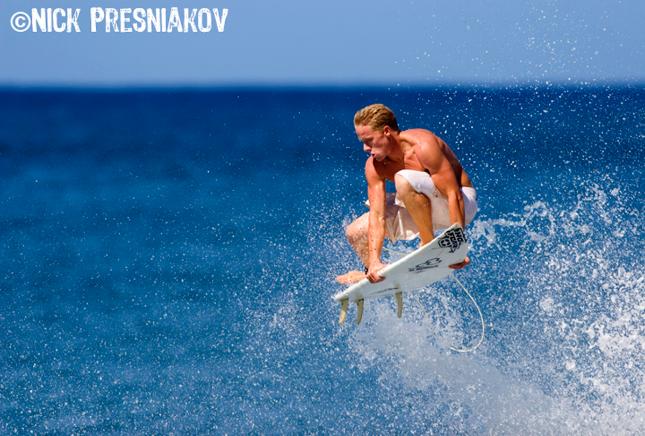 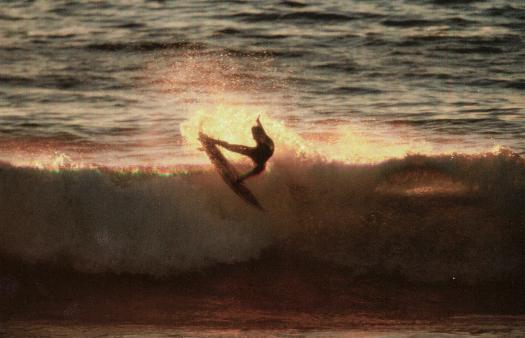 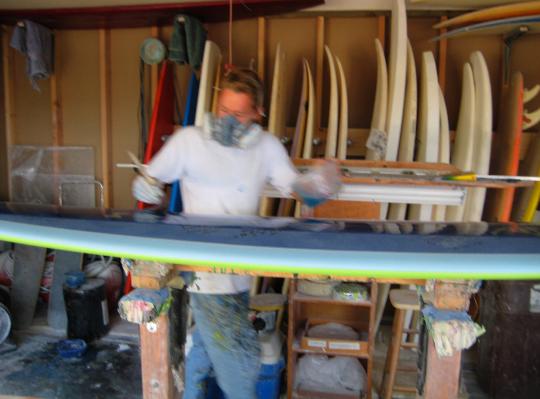 Tyler started shaping boards when he was sixteen and continues to do so today. He’s
made about 150 boards so far and every now and again you’ll see one of his Monarch
logos in the line up. If you want one, go talk to Doug at Surf Country.
It’s all word of mouth. 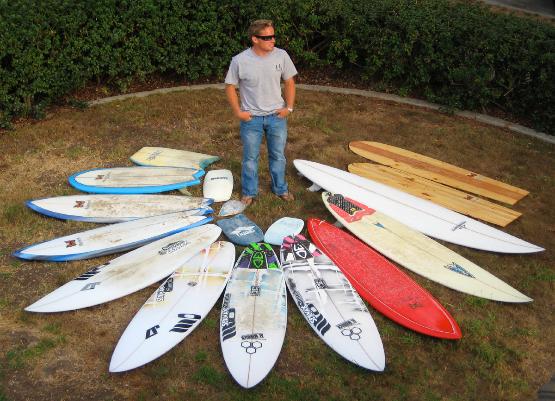 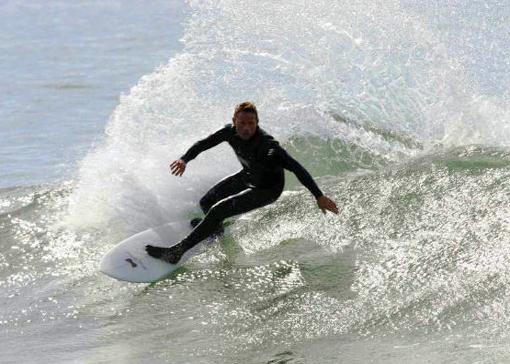 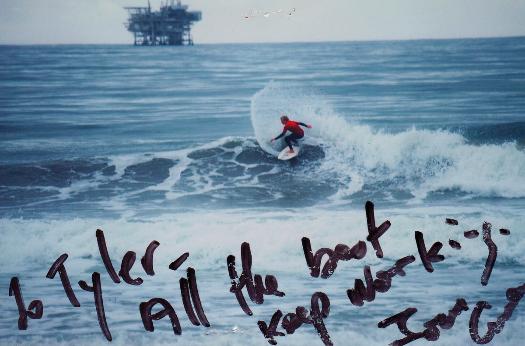 This is a Tom Curren autograph that Doug Yartz got for Tyler as a gift.
Tom has always been a huge inspiration for his surfing.  He says he’s always tried to
adopt the idea of making something that is so difficult, look so easy.  Curren was the
best at that. His first VHS was Searching for Tom Curren. Doug sold it to him after he
asked him “if I had only enough money to buy one video, which one would it be???,” 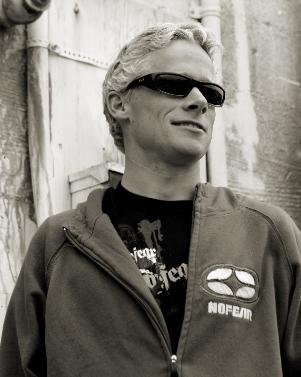 Tyler continues to
compete and is sponsored
by West Wetsuits, J7
Surfboards, Oakley,
Simple Shoes, and Sexwax.
Thanks Tyler, see you at
the beach.

No Ads. No Hype.
No Sponsors. No Stress.
Just Stoke.